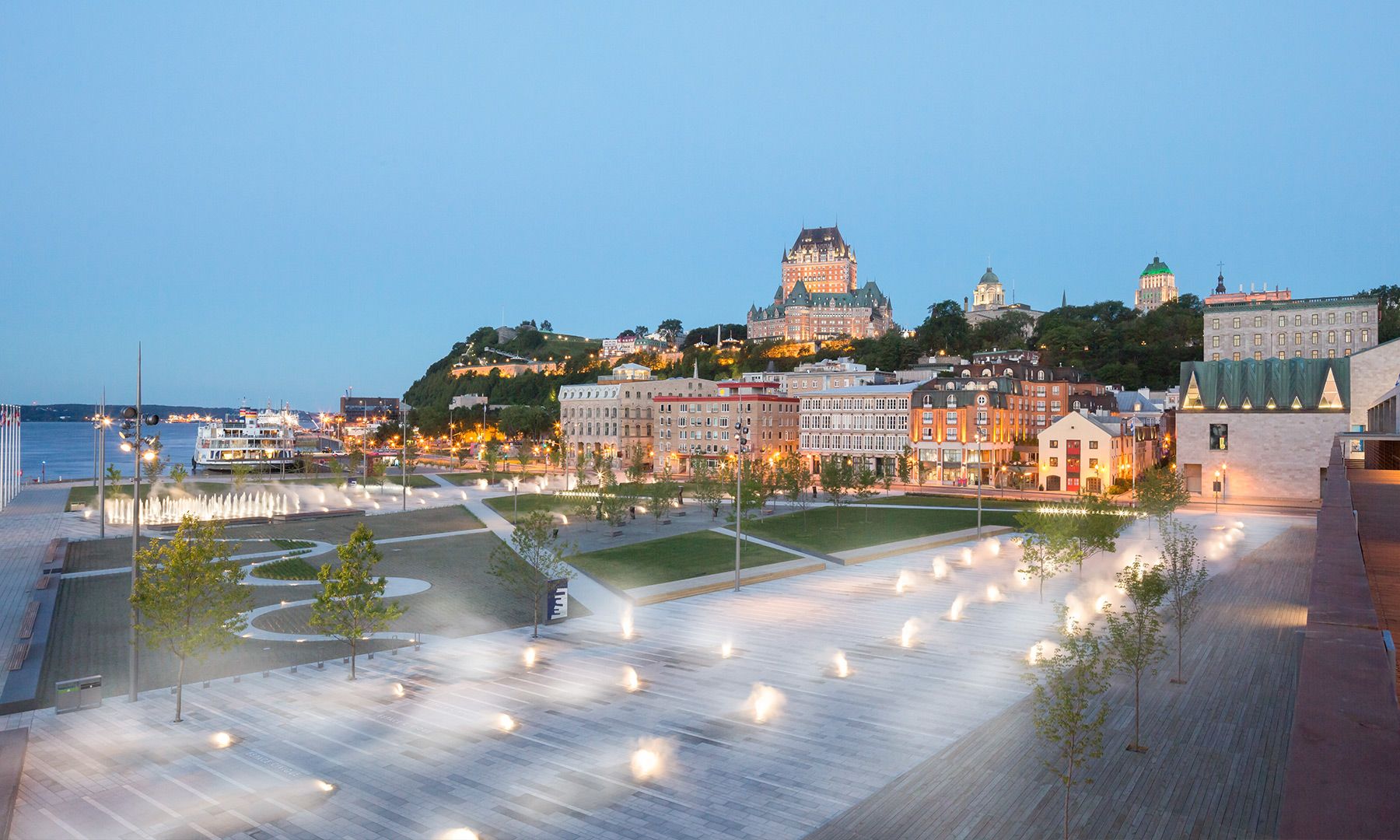 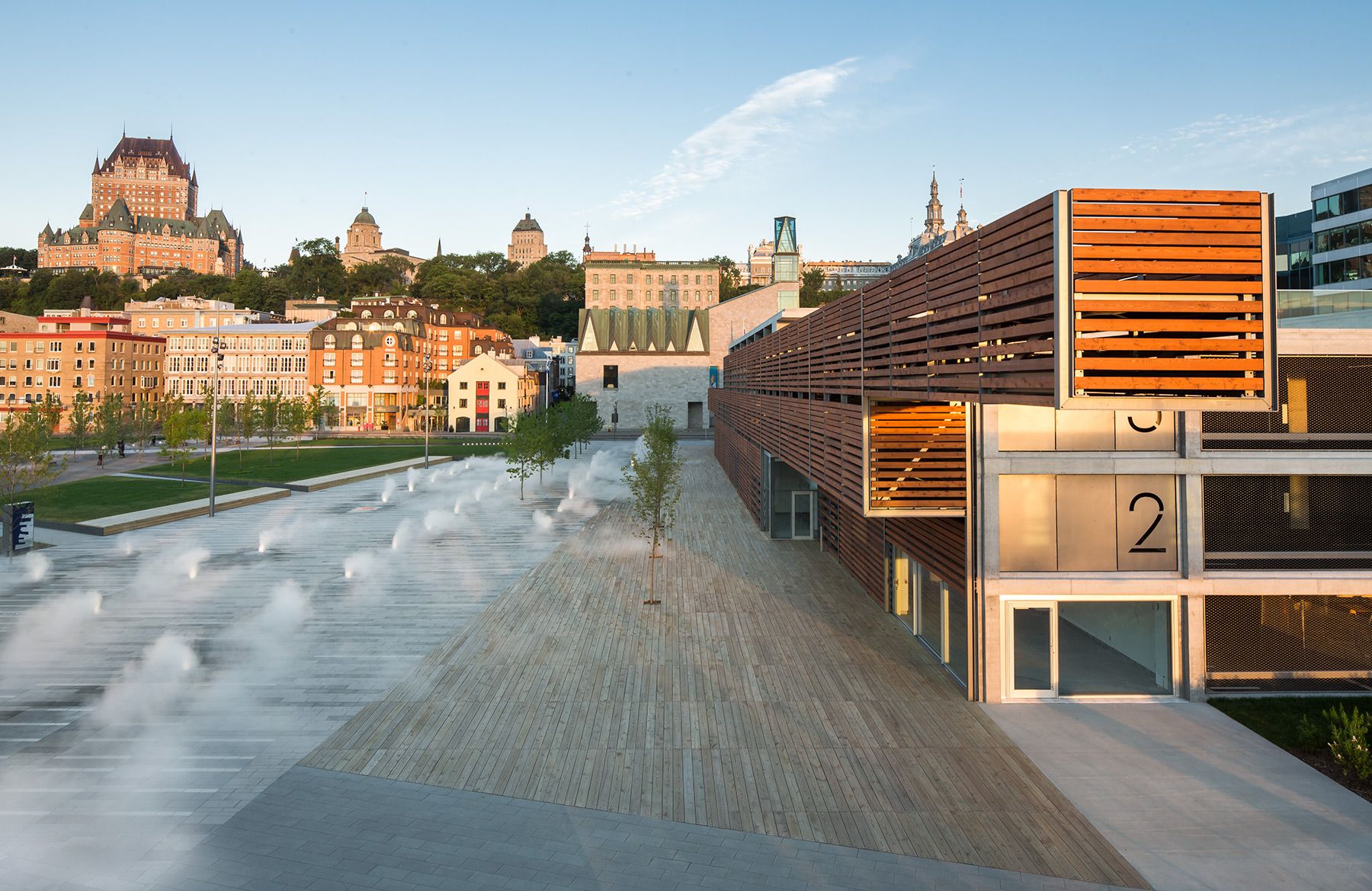 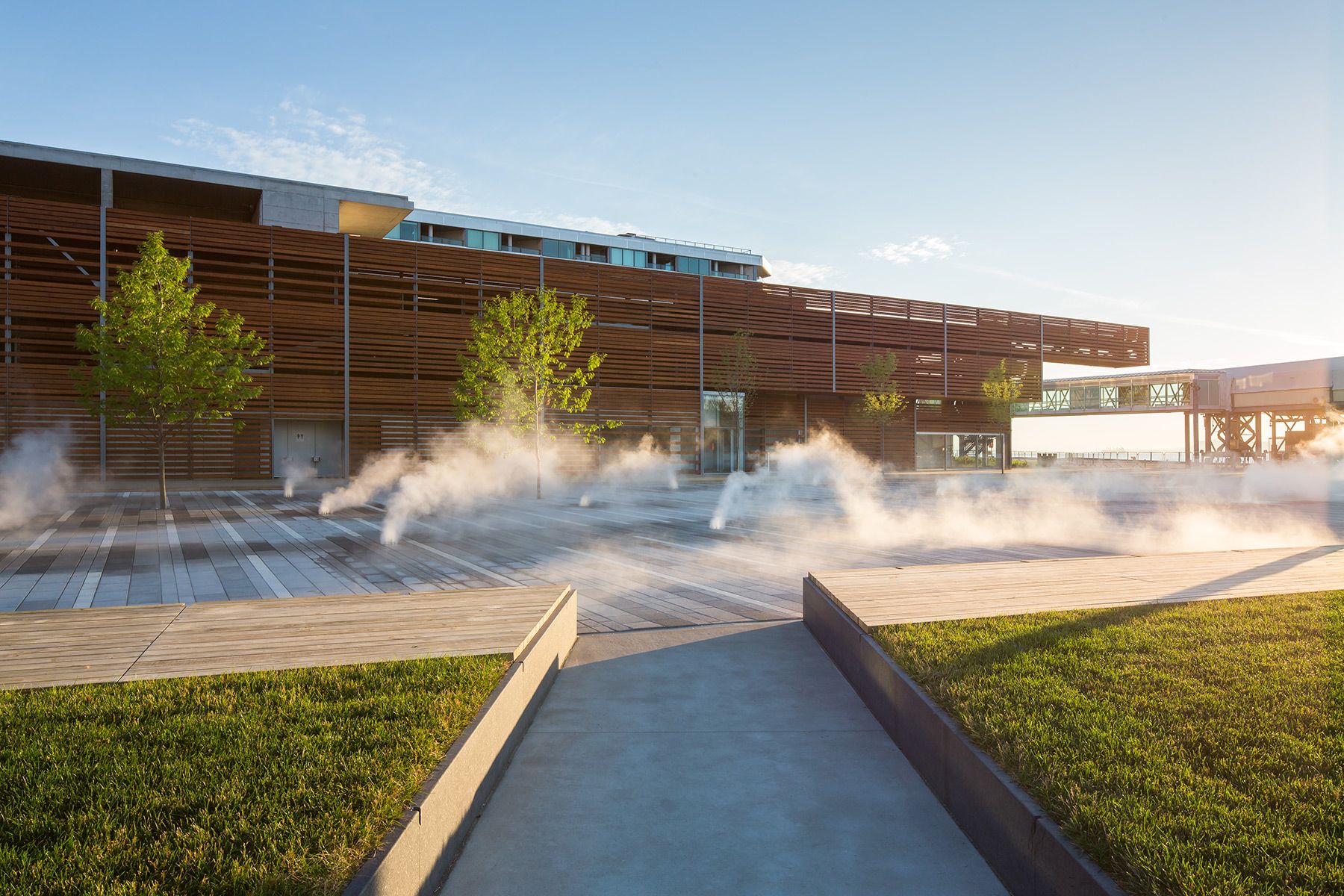 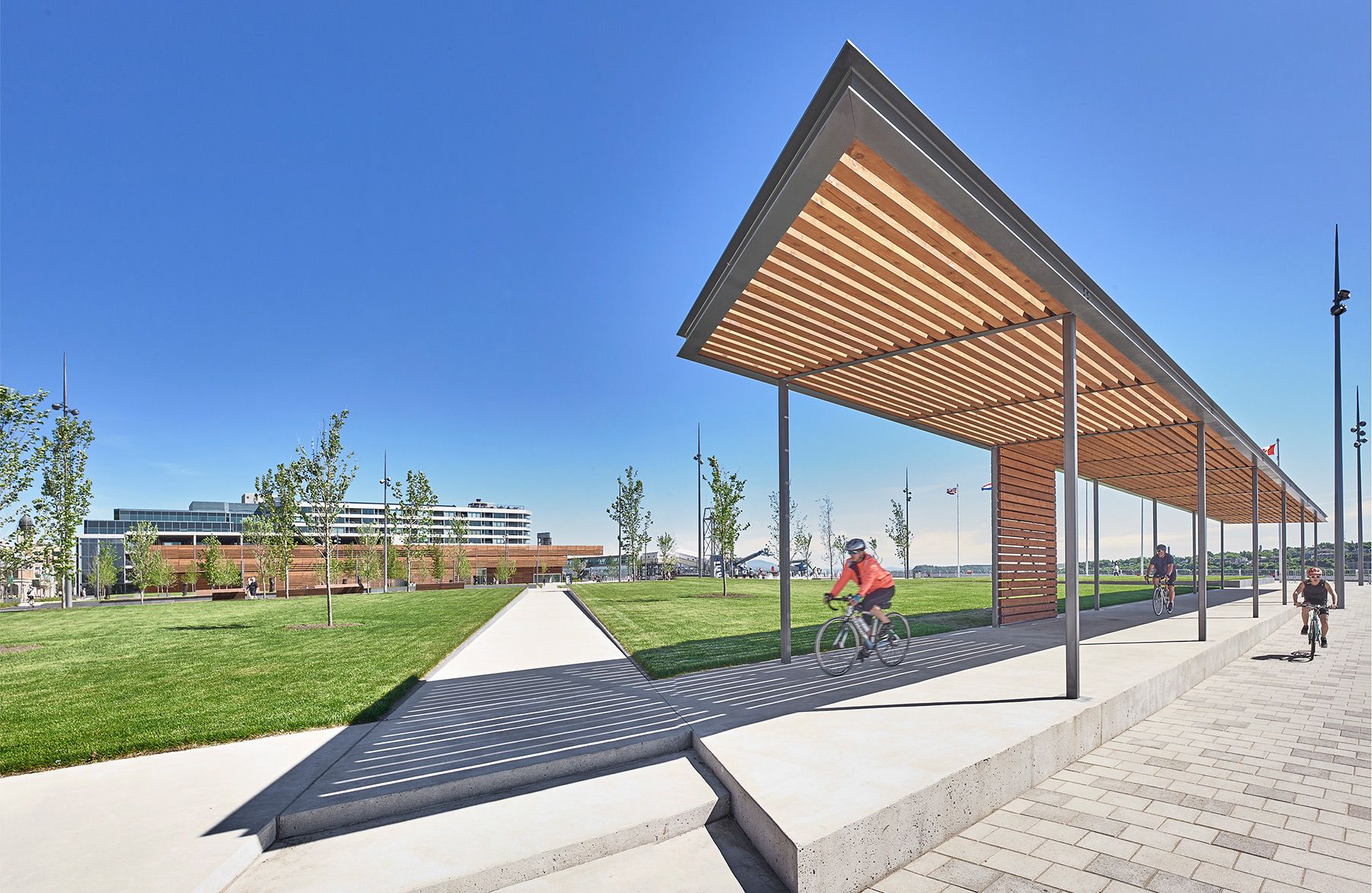 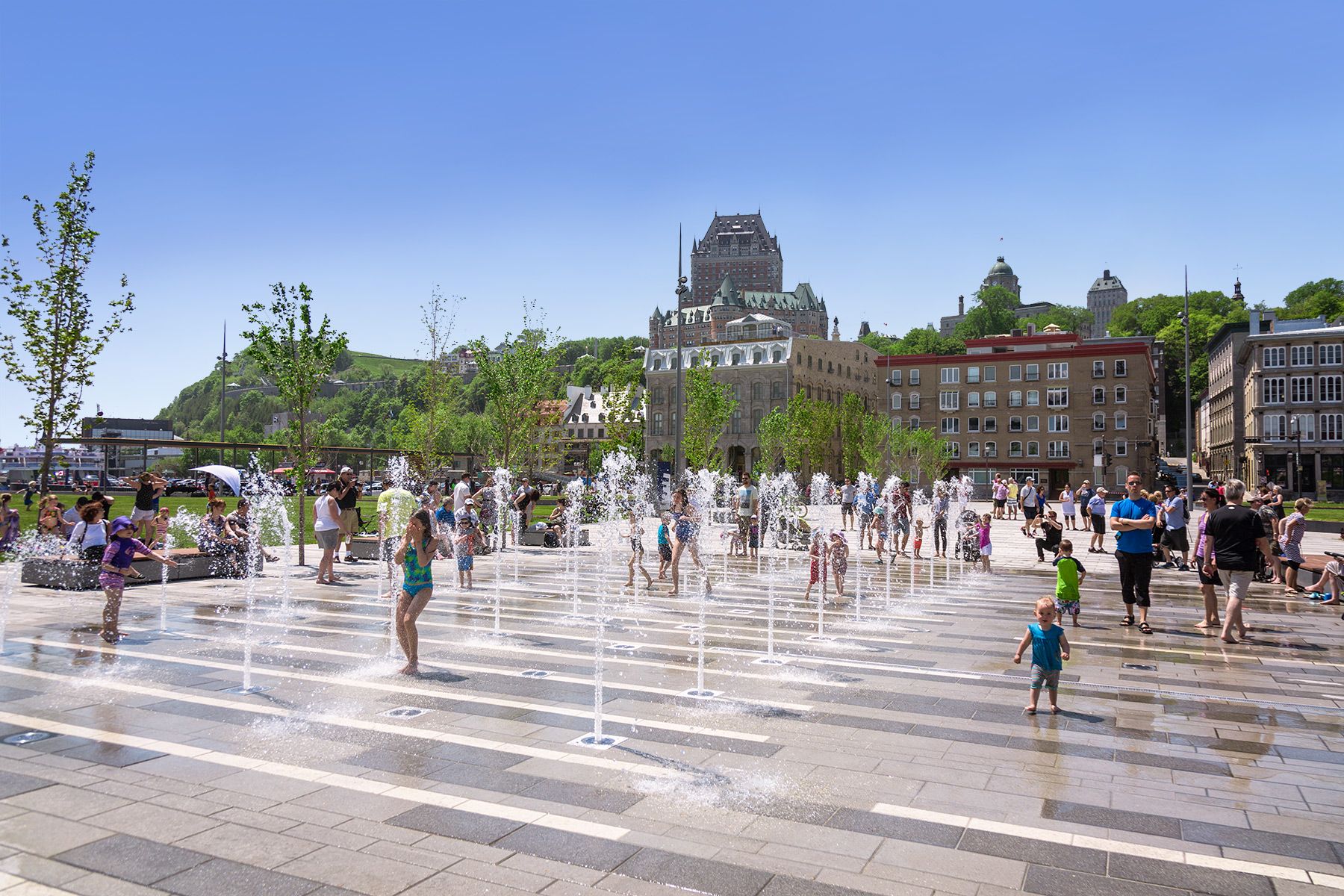 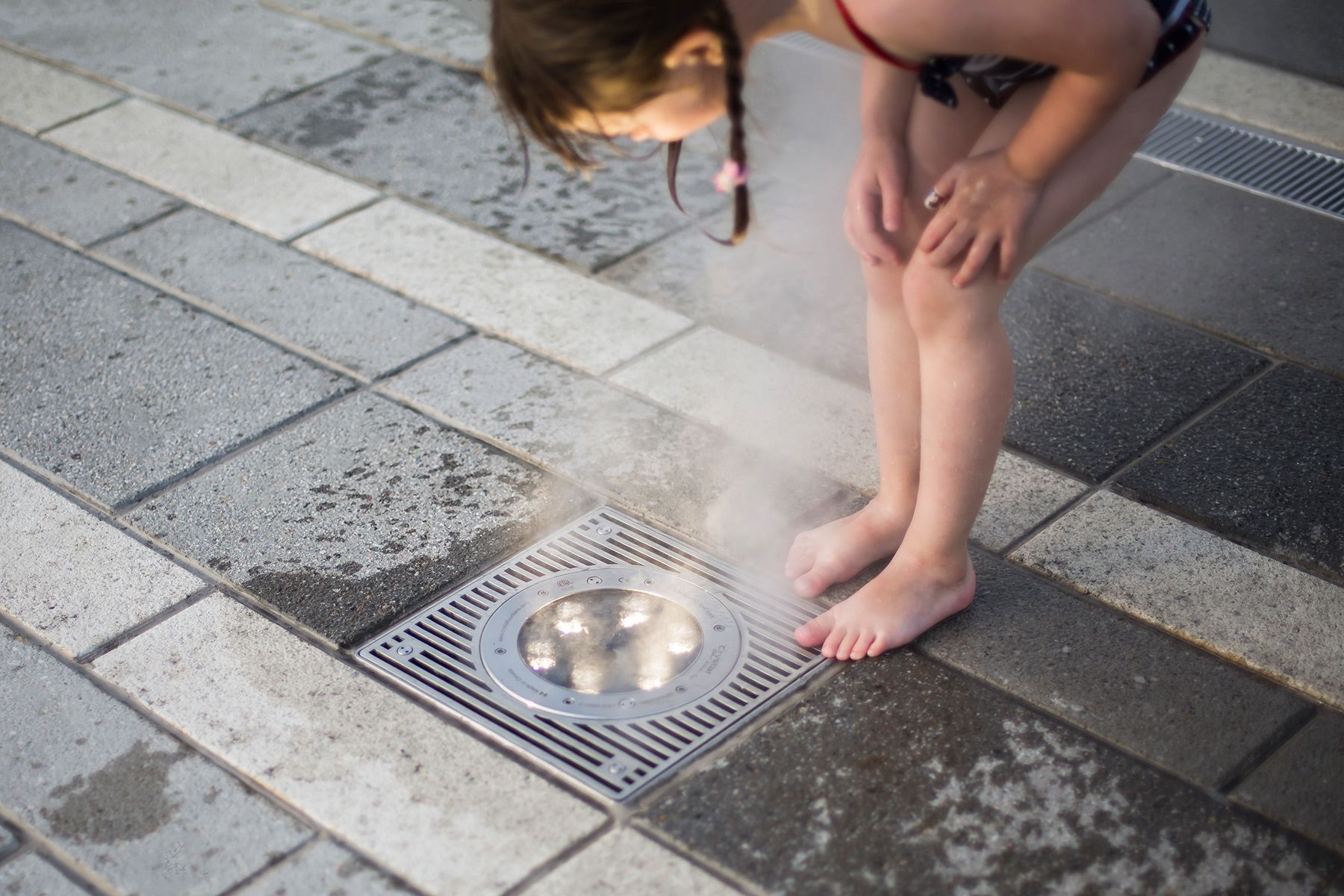 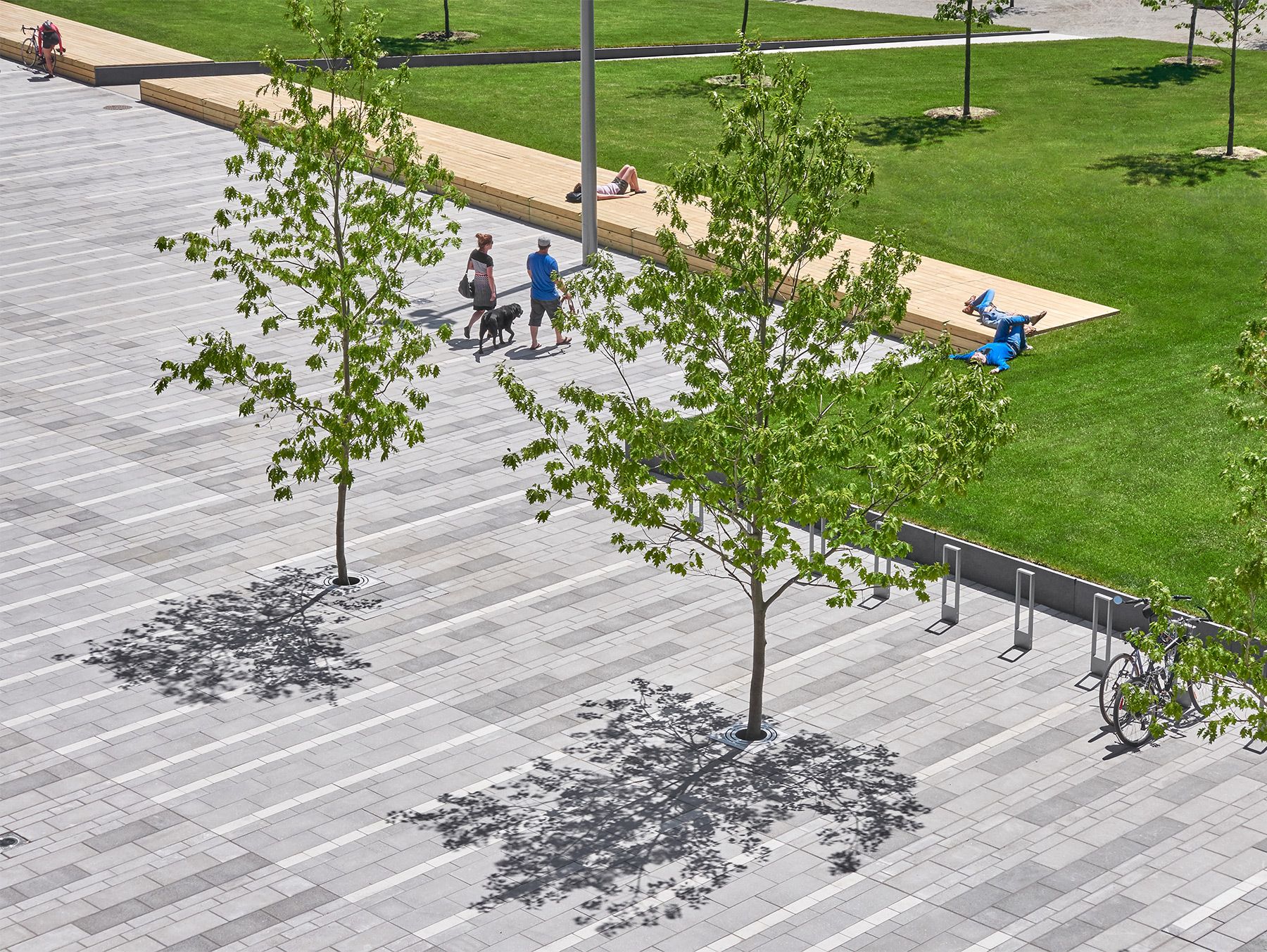 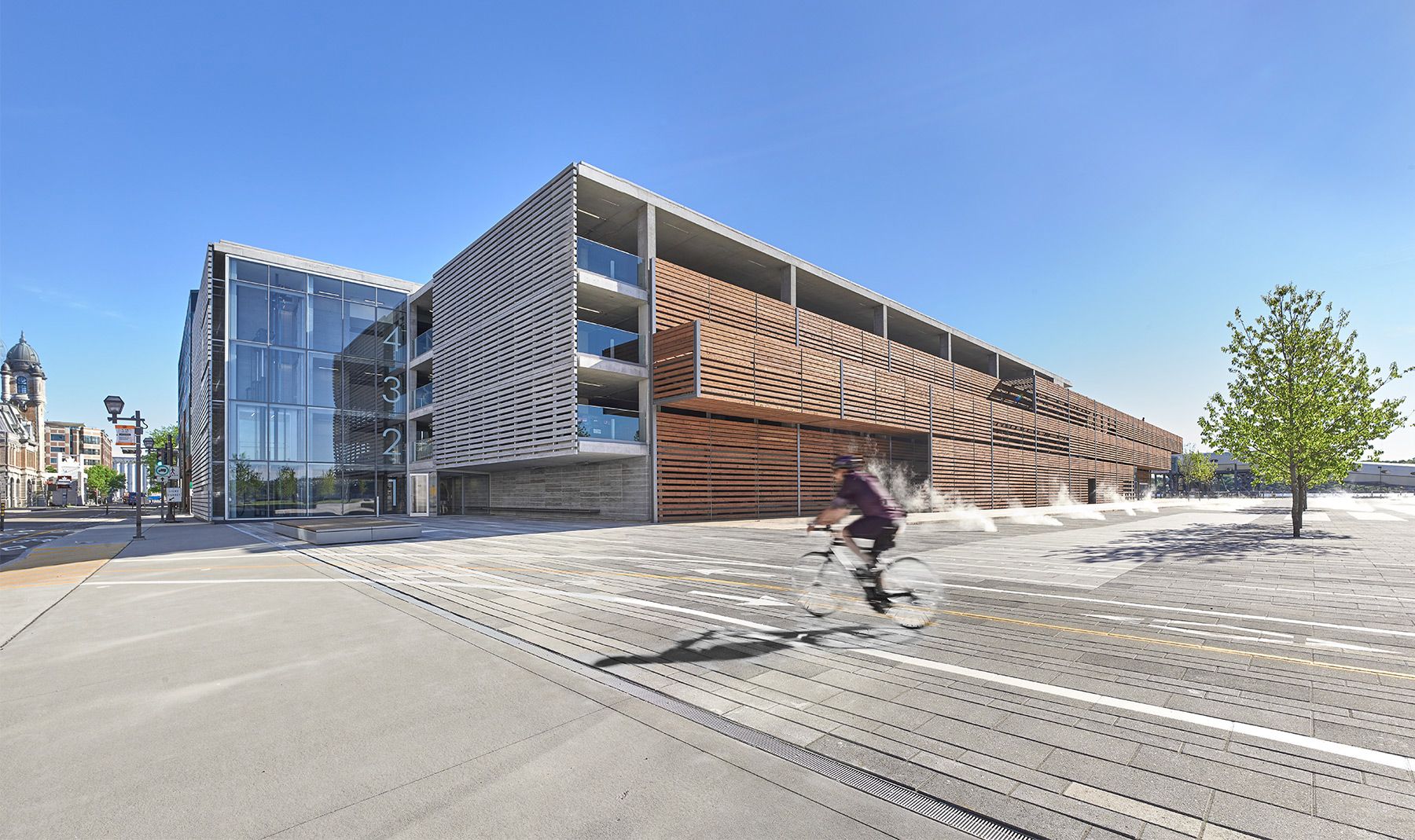 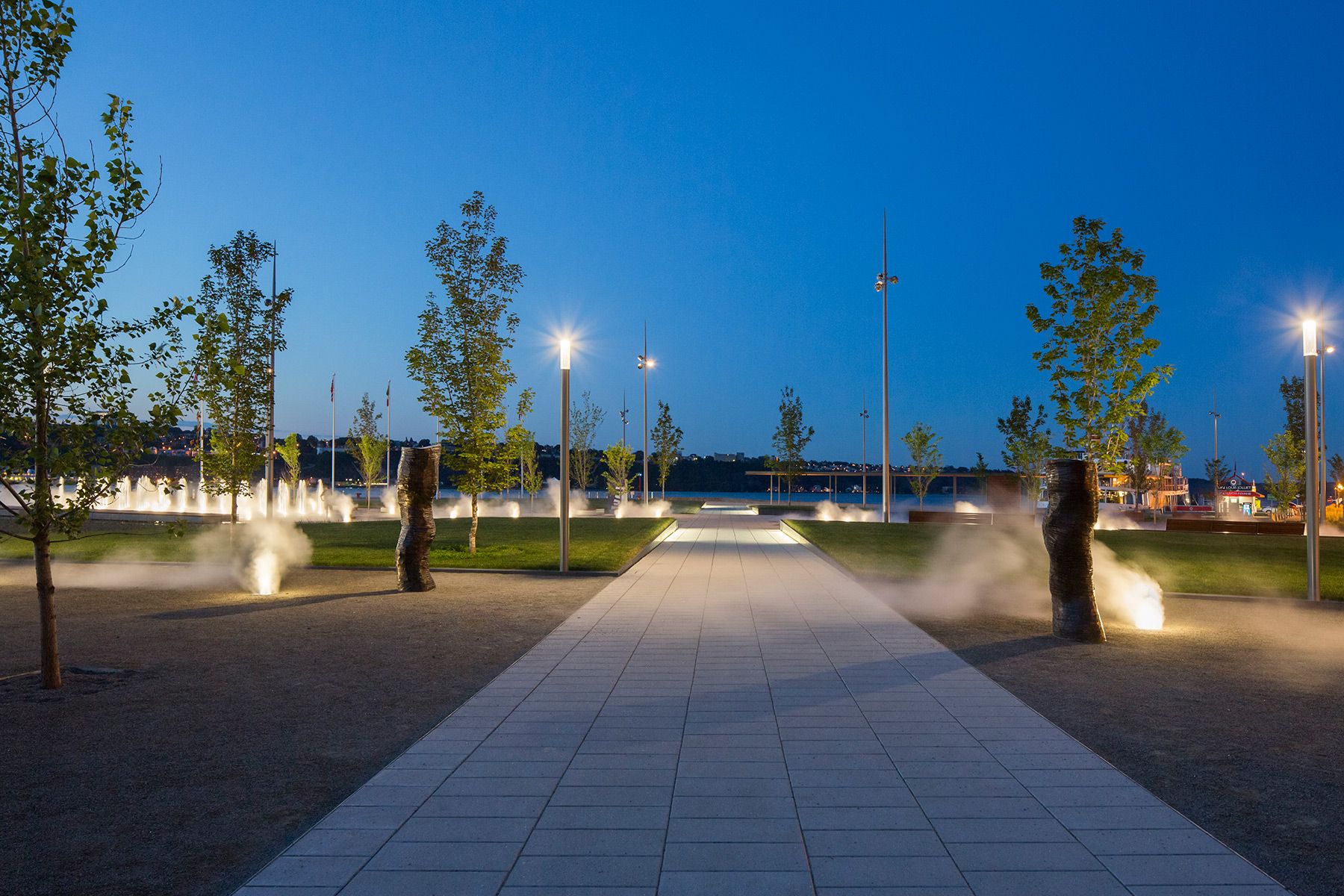 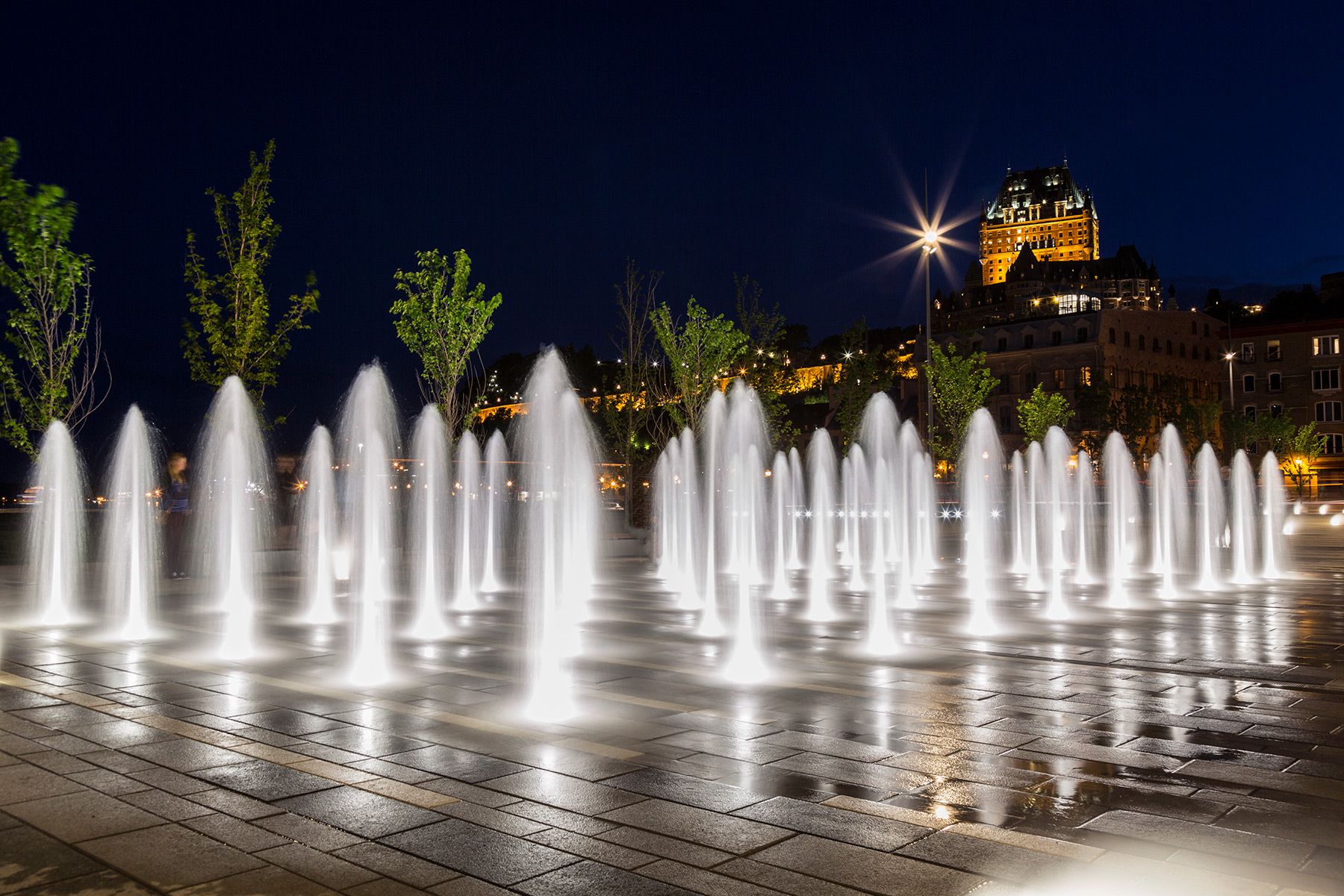 The Place des Canotiers and its parking structure project involved the transformation and development of an emblematic site situated at the foot of Old Quebec, a Unesco World Heritage Site.  Benefitting from this privileged location, but hindered by the presence of a surface-level car park, this site held an unusual potential for expression in terms of historical evocation, due to its opportune positioning facing the Musée de la civilisation, as well as its exceptional panoramic views of the St. Lawrence River. The evocative potential of this incredible site, reinterpreted in a contemporary manner with simplicity and restraint, was the cornerstone of the of the design of the project.

The architectural concept for the integration of the parking structure was based upon visual relationships with the landscape, city and river, and minimizing its footprint in order to improve the adjacent public space. The different facades of the building were designed with meticulous care to relate to their surroundings. The “artifact” wall that faces the plaza is constructed to mimic the tectonic of the piers that were once found on the site, and contains a grand linear stairway that connects the different parking levels and leads to an overlook cantilevered off the edge of the building’s vegetated roof. The wall suspended above Dalhousie street is veiled in limestone in reverence to the Musée de la civilisation. On the side facing the river, the parking appears as a simple, functional, yet elegant structure, housing the cars within.

The traces of the 19th century piers that once transformed the edges of the river bank served to anchor the design in a re-reading and reinterpretation of their forms, in order to organize and give shape to the new public space. The project took advantage of their structure to distribute different sub-spaces on the site by theme: observation, representation, contemplation, civic life, the port, and memory. In the same way, the memory of the piers justified the inclusion of water at the heart of the project with 74 misting pavers and 50 water jets distributed throughout the site, both developed specifically for the project.

The Place des Canotiers and its raised parking structure represent recovered urban spaces, which now offer visitors as well as citizens an area for gathering which is in keeping with the quality and atmosphere that has long been present on the site, and is now reproduced by their resolutely contemporary character at the border between the city and the river.